When you buy this item, you will receive the specified number of reward points, which you can then use to purchase other items on your next order!

To receive these reward points you must register as a customer when you purchase.

If you do a Guest Checkout no reward points can be given to you. 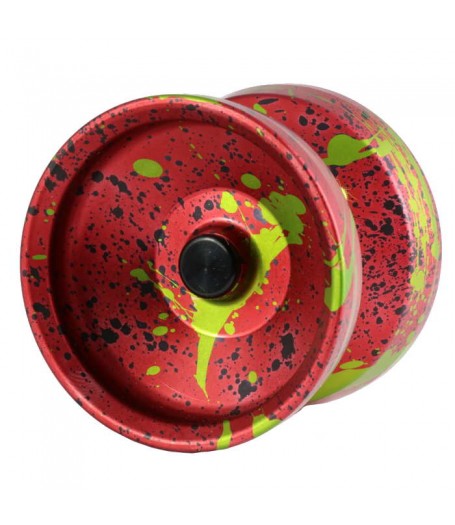 Return Technique:
Bind Return Required (What is this?)
This yoyo requires a special bind return technique to get it to come back to your hand. Please be aware that this may require a little practice to master! Click on our FAQ for more information.
* Actual stock may differ slightly from images due to model changes

You may have heard whispers coming from the far corners of the internet or backrooms of your yo-yo club about the last (and unreleased) yo-yo from Anti-Yo. Legend has it that Sonny Patrick designed it and One Drop Yo-Yos built it. For years, only 10 of them have been in existence and are highly coveted by their lucky owners. It is rumored to grant it's owner special powers and good luck.

Now, years later, with a push from a powerful underground movement of hardcore yo-yo players, Sonny and One Drop have finally come together to bring you the Küntosh!

Sonny took inspiration from the poster of the Italian sports car he had hanging in his room growing up. The Countach was not comprised of the strictly purposeful lines of a vintage Porsche 911, nor the long sensual arcs of Ferraris of the day. Rather, it had abrupt surfaces and sharp angles that emphasize what we'll have to invent a new term for: "Squariness".

Yet somehow, the end result comes together in a way that you wouldn't expect and it takes your breath away. It just screams performance and of course it lives up to the look. Sonny was bold enough to think he could pull of a similar thing in yo-yo design. Anyone who has been lucky enough to try the Küntosh would tell you that he pulled it off... in a big way. In both aesthetics and performance.

The legend is about to be reality!

Click the Specification Tab (above) to see the Kuntosh Specs!